At the beginning of this year, The Wall Street Journal reported Google was set to introduce its very own ad blocker. It aimed to install this new ad blocker directly into the Chrome browser.

Earlier last week it confirmed the report, and said Google has alerted publishers that the ad blocker was possibly coming within the next six months. Giving everybody time to prepare for the switch-on. This comes only months after Google reported it was going to begin penalising intrusive mobile ads.

Google’s brand new ad blocker will reportedly be turned on by default for both desktop and mobile users. It’s another ballsy move by Google to improve user experience, as well as an attempt to improve ad performance and quality. 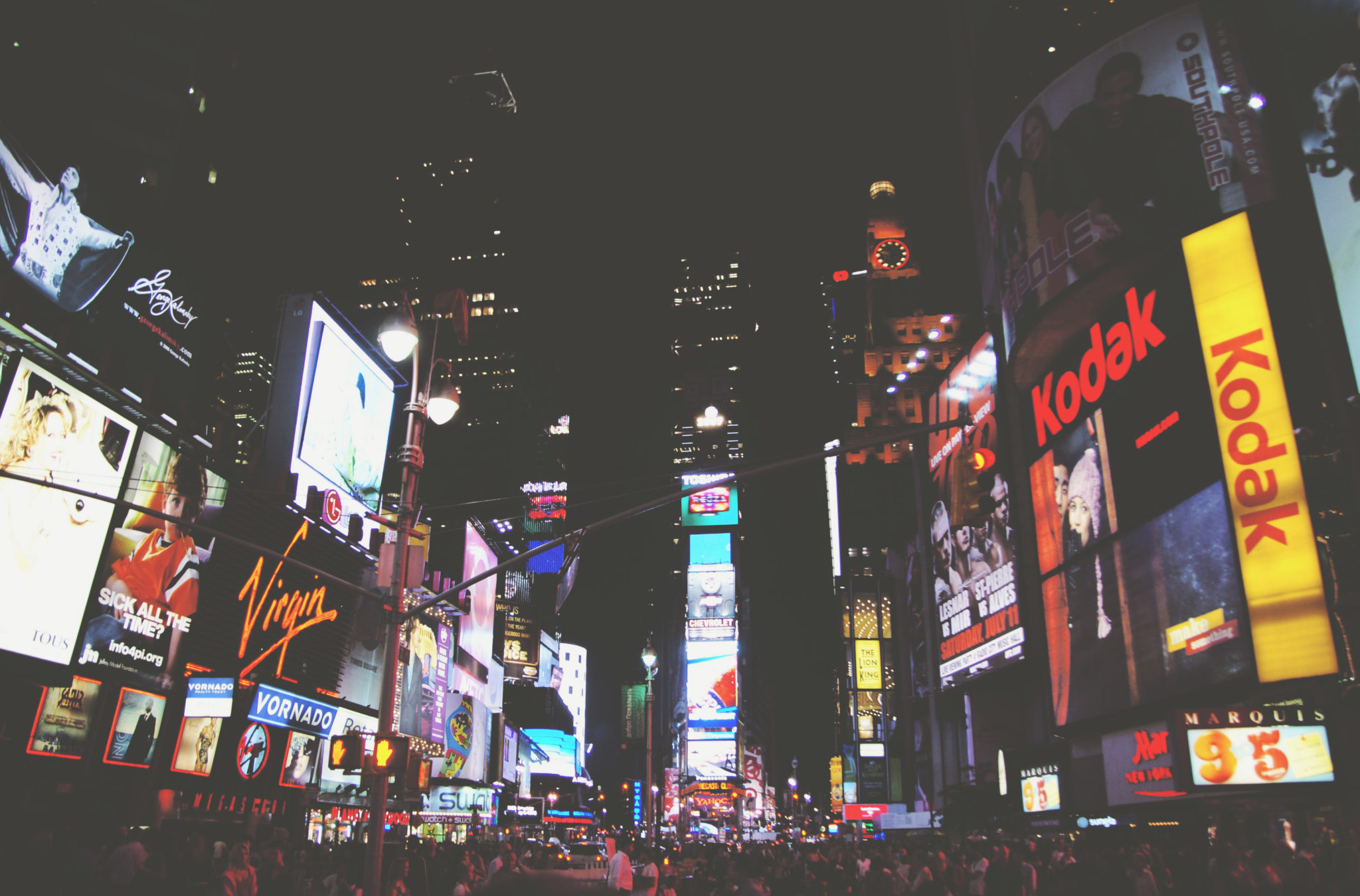 According to the Wall Street Journal’s report, Google will be informing publishers of their poor ad experiences. They’ll also be giving instructions on how to fix any issues.

To help publishers prepare, Google will provide a self-service tool called “Ad Experience Reports,” which will alert them to offending ads on their sites and explain how to fix the issues. The tool will be provided before the Chrome ad blocker goes live.

It appears the “spectrum” of what will be classed as “unacceptable” comes down to the Coalition for Better Ads. This was created by several leading international trade associates and companies.

The following infographic shows what the Coalition class as “unacceptable units for mobile devices”. 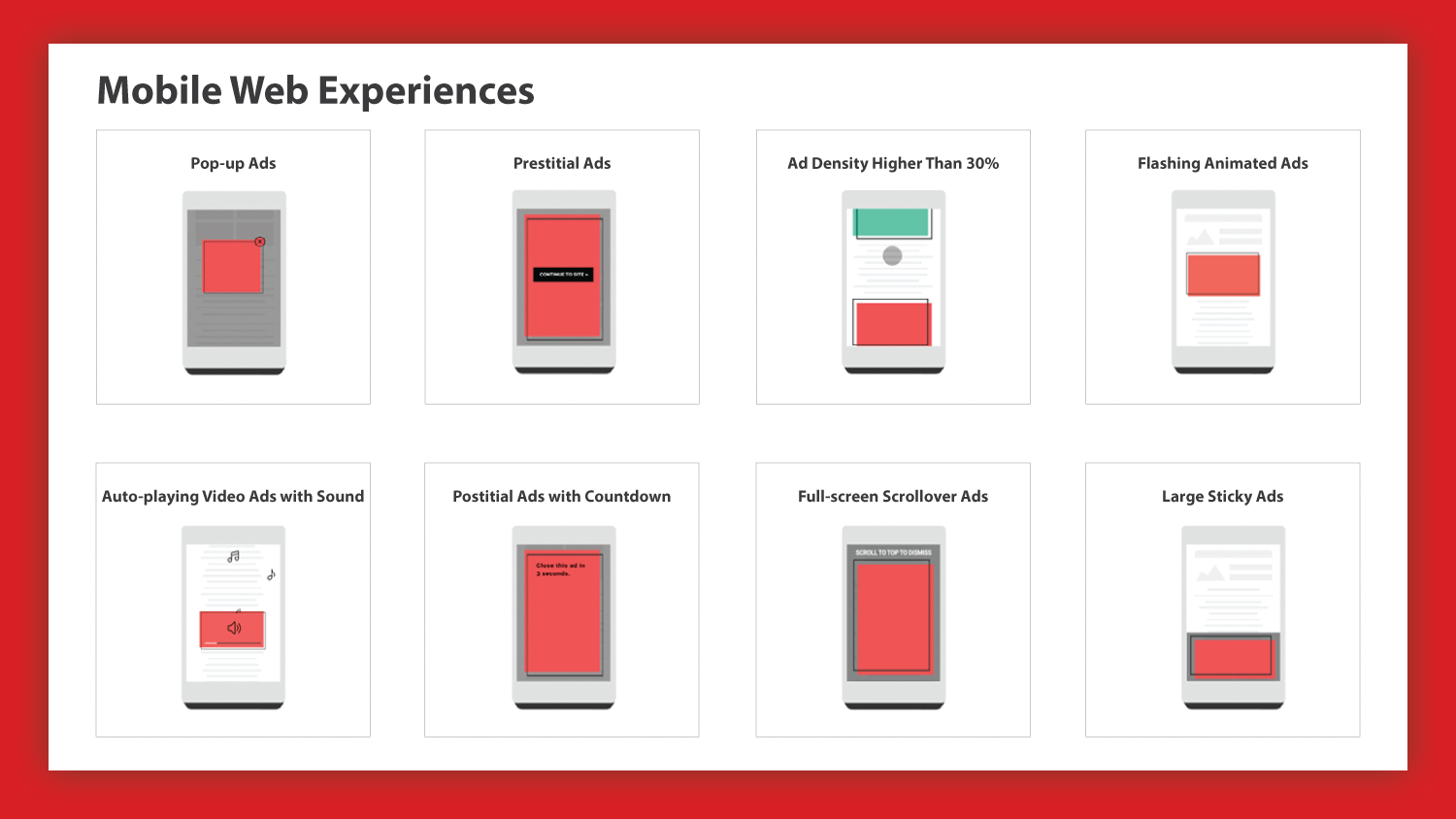 If you do not comply with these new regulations, you can expect your ads to be blocked. This will obviously, in turn, impact your revenues.

It’s the kind of strong-arm tactic we expect to see from Google, and we personally welcome it. It’s a chance for companies to all help towards improving the consumer user experience.

A recent report from PageFair shows AdBlock Plus usage surged 30% in 2016. Worldwide, there were 615 million devices blocking ads, 62% of which were on mobile.

This blockage translates into billions of pounds worth of lost impressions and clicks for businesses. By forcing publishers to create much more user-friendly ads, we could potentially see the AdBlock figures decrease. 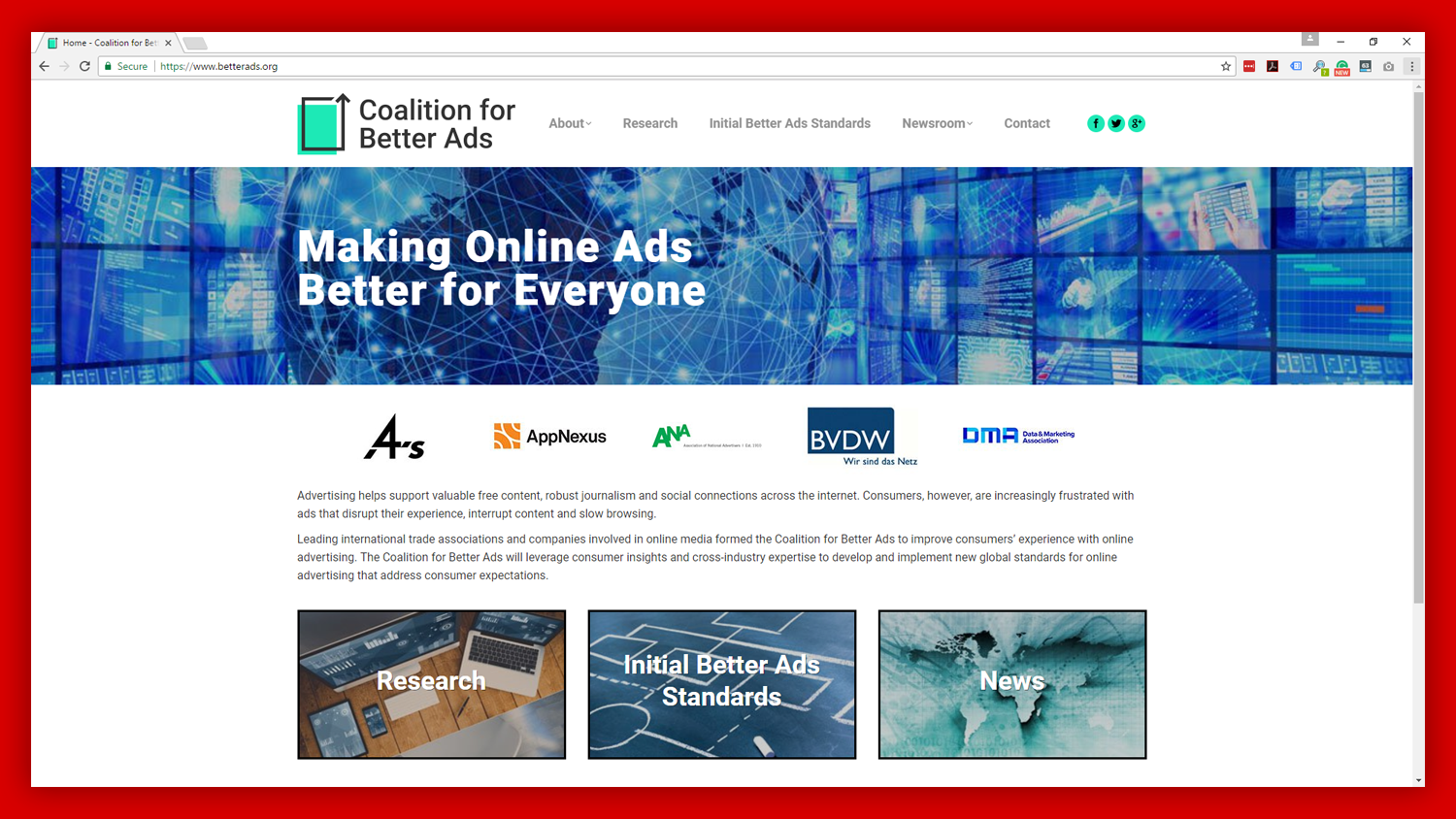 If you’re a business who uses ads, much like those in the previous infographic, stop. There will no doubt be truckloads of angry media companies as a result of Google’s new stance, but they’ll listen eventually. Google Chrome has a 54% market share globally. It would make A LOT of sense to please the Google Gods.